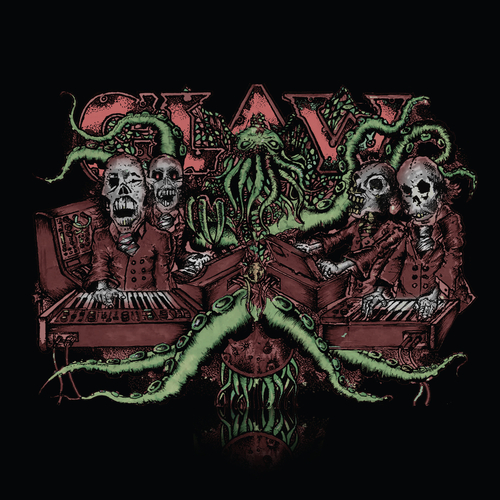 GET THE MP3S FREE AUTOMATICALLY WHEN YOU PURCHASE THE VINYL.

London-and-Berlin-based The Claw are a secretive progressive psychedelic band taking fuel for their thundering rock music from such scattered sources as Voivod, Rush, Loop, King Crimson and cult icons Cardiacs.

The Claw formed in 2012, its personnel featuring current/former members Angel Witch, Suns Of The Tundra, Winters, Obiat, Zoltan and Cortizone.

Formed initially as an instrumental power trio, they expanded first with the addition of singer and subsequently to a full six-piece to recreate the recordings live. 'Seize Decay' is the first offering from the sessions, a swampy, riff-driven and melodic slice of hard rock with an eye for Rush's slanted time signatures. Their exact identities remain disguised with the use of masks at their upcoming shows, for the moment at least.

Check out these offers!