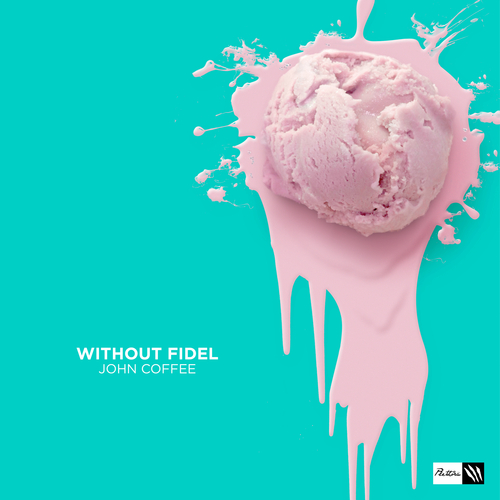 Applicants, formed in 2006, released two albums, played a lot of sweaty, blood-drenched, ecstatically received gigs around the UK and beyond and were variously described as “bona-fide geniuses” (NME), “Riotus” (Artrocker) and “parallel universe popstars” (The Guardian), before splitting up in 2011 when Fidel emigrated to Japan.

Before Fidel even had time to get over his jet lag, the remaining London-based Applicants had formed Without Fidel - with Paul Blades on guitar and vocals, Jeffrey James on synth, bass and vocals and Adam Boult on drums. The trio's first post-Applicants release John Coffee is a deft three minute slice of indie pop punk, charting one man's harrowing experience of thwarted caffeine consumption and recalcitrant customer services.

The accompanying video for John Coffee, directed by regular Applicants collaborator Mike Prior, was filmed in one take in a darkened cellar on a hot afternoon, and required the band to learn to play and sing the song backwards.